World Oceans Day: It Has Never Been More Important to Protect Our Oceans 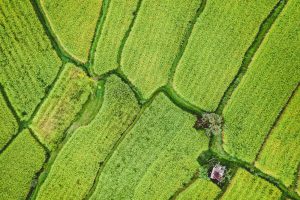 World Oceans Day is celebrated on June 8th. Being responsible for the sustenance of a large part of all the economic activity in the world, the importance of oceans to life on Earth is widely known.

Despite being initially suggested during the Earth Summit of Rio-92 by Canada’s International  Centre for Ocean Development, World Oceans Day was only officialised by the United Nations in  2008. This year’s theme is “The Ocean: Life and Livelihoods.”

Oceans are one of the most important mechanisms on the planet for absorbing CO2, the main gas responsible for global warming, and American oceanographers have found that the Pacific is diminishing its ability to remove gas from the atmosphere.

However, even without noticeable shifts in temperature, researchers realised that a persistent drought in the North Pacific increased the ocean’s salt concentration and, consequently, its ability to remove unwanted carbon dioxide from the ocean atmosphere.

They cover more than 70% of our planet’s surface, hold over 95% of Earth’s water resources and  15% of all its species, produce more than 50% of the planet’s oxygen, and absorb 30% of human-emitted carbon dioxide, yet 80% of its area is unmapped and undiscovered.

Disparities in knowledge about seafloors are relevant across the world. More than 95% of the 0 to 200-meter-deep zones in the Southwest Pacific and the polar regions are entirely ignored,  compared to 30% in the UK or 40% in the US, according to 2013 data from OHI.

Lack of information is one of the biggest problems when protecting the oceans. It is estimated that 90% of ocean species are undiscovered.

According to the Food and Agriculture Organisation of the United Nations (FAO), 10% of the world’s population depends on fishing and aquaculture, and 200 million people rely on coral reefs to protect them from natural disasters.

Humanity is fully reliant on the oceans; however, we are very close to thoroughly exhausting the regeneration capacity of this ecosystem. Our civilization’s negative impact has been catastrophic,  and World Oceans’ Day is about precisely that.

Half of our coral reefs have already been lost. Scientists predict that 90% of the world’s coral reefs will disappear by 2050, damaging local economies, exposing millions of people to extreme climate events, and affecting the planet’s ecological balance forever.

Mangrove swamps, and coastal wetlands found in tropical and subtropical regions, are often found in estuaries, where freshwater meets saltwater, and a wide diversity of animals live on them.  Unfortunately, most swamplands do not exist anymore due to changes in water acidity caused by global warming.

Overfishing is another factor that has scarred our oceans forever: Eighty percent of all fishing resources are caught at a superior rate than their natural reproductive capacity. This uncontrolled fishing prompts the decline in the population of species and threatens the food security of millions.

Marine pollution, defined as solid waste and liquid pollutants in the waters of the seas and oceans caused by human interaction, is one of the leading causes of the death of species and natural habitat destruction.

The biggest marine pollution sources are oil and fuels. They mainly reach ocean waters because of leaks and accidents in pipelines, oil platforms, or ships. This phenomenon is known as Black Tide due to its dark colour.

The release of domestic and industrial sewage without proper treatment into the water reaches the seas and oceans from the rivers where it was dumped. Radioactive waste and microplastics are additional marine pollution sources.

This pollution directly affects the entire food chain, even harming our diet with increased toxic substances, heavy metals, and microplastics found in food consumed by us. It is estimated that those who regularly eat seafood ingest around 11,000 pieces of microplastic per year.

Plastic in the form of synthetic fabric textile fibres also end up in the air. Each year, about 6 tonnes of plastic fibres reach the surface of cities. This microplastic dust ends up in the sea by evaporating and getting assimilated in the rain.

Lastly, we have ghost fishing. It happens when equipment developed to capture marine animals such as fishing nets, lines, hooks, trawls, pots, and other traps are abandoned, discarded,  or forgotten in the sea.

These objects put all marine life at risk because once entangled in this type of contraption, the animal ends up injured, mutilated, and killed slowly and painfully. Endangered animals such as whales, seals, turtles, dolphins, fish, and crustaceans end up dead by drowning, suffocation,  strangulation, and infections caused by lacerations.

Plastic ocean pollution results from a deeply flawed system, in which the manufacture of non-biodegradable products may continue to go unchecked. Finding a solution requires getting to the source of the problem. Governments need to take this into account.

Companies must be responsible for the complete lifecycle of their products, including collection and reuse. According to The Guardian, brands are hostile to using recycled plastic for aesthetic reasons, another type of barrier that needs to be broken.

Ongoing consumer campaigns that educate people about the impact of disposable plastic on the oceans are needed. It is necessary to avoid products with unnecessary packaging, incentivise companies to change their attitudes, and bet on reuse.

Shops and markets should receive government incentives to offer to restock options without new packages, and so on. Ideas exist, and they must be put into practice before plastics increasingly swallow up the oceans before it’s too late.

Your Communication Partner with Sustainability at the heart of our organisation